I voted for Obama. Mainly because I like the way he’s run his campaign better than the way Clinton has run hers. So, I was a bit disturbed to find the following email from the Obama campaign urging me to donate to it. It began this way:

“News broke yesterday that a few wealthy Clinton supporters are gearing up for a massive spending campaign to boost her chances in the big upcoming contests in Texas and Ohio on March 4th. The so-called “American Leadership Project” will take unlimited contributions from individuals and is organized the same way as the infamous Swift Boat Veterans for Truth.”

What does “organized the same way as the infamous Swift Boat Veterans for Truth” mean? Isn’t it a little misleading to imply an equivalence between the two groups based solely on organizational similarity?

The Swift Boat Veterans campaign was a smear campaign based on lies. That was its problem. Whether 527s should be free to engage in candidate advocacy is really a secondary issue. Frankly, I am not even sure that issue advocacy groups should be prohibited from candidate advocacy. We might not want them to do it with tax-exempt dollars, but we can prevent that without stifling their free speech. For example, every dollar spent on election-related programs could be made subject to taxes (even if the organization as a whole is an exempt entity). But keeping them from vocally supporting or opposing candidates for office raises serious First Amendment concerns for me.

I care as much as the next guy about the equality of access to the public megaphone. There are other ways to address that: like requiring the broadcast networks (licensees of our public airwaves) to give free and equal time to all candidates. I’m sure there are better approaches still. In any case, I think that access is becoming much less of a problem with so much proliferation of new media.

Whatever else we do though, a restraint on political advocacy can’t be the way we safeguard truth and fairness in politics. And government can’t be the arbiter of that. That’s exactly the point of the first Amendment. 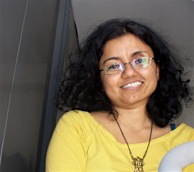